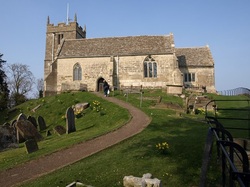 Monday 25th November: Our group will film the graveyard scene which includes the two characters walking through the graveyard and a few close ups on gravestones representing the fear of the dead. (TB)

Evaluation: Managed to film all of the shots in the graveyard, including our sweeping shots of the graveyard and shots from behind the gravestones themselves. The shots were subsequently edited, and colour correct with effects on final cut to make it seem like the night time. Filming all of these shots took roughly an hour and a half (NE) 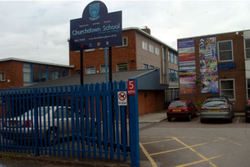 Friday 6th December: The group will film the characters walking into the school and breaking into the school through the window.We will make sure that we film lots of different shot of the characters jumping through the windows so the whole thing is not all one shot. When this is filmed we will take our risk assessment with us to make sure we keep out of danger and trouble. (TB)

Evaluation: Our group managed to film the shots of our two characters (Steve and Chloe) climbing through the windows, and of the two characters reacting to the creaks from inside the school. we were unable to use some of the shots for the finished product, as they were too dark to see clearly what was happening on screen. The useful shots were edited and colour corrected. No one was injured on set, by climbing through the window. FIlming took roughly 2 hours (NE)

Wednesday 12 january: We set out to film our flash back shots of the students bullying the Caretaker, by trashing his car and setting his things on fire. whilst filming these particular shots we will have to be careful as we will be setting things alight, which carries obvious risks of being burned. To combat this we will make sure we had plenty of water so that we could immediately extinguish the fire if it got out of control (NE)

Monday 20th January: This should be the last time we need to film as we will complete our filming in this session. We will be re shooting the shots where the characters jump through the window as last time we filmed it was to dark on camera and wasn't as effective as it could be. We will also be filming lots of shots of the school boy spotting the killer and running for his life. This will include lots of close ups and mid shots of characters reactions and only give certain glimpses of the killer. We will also film the murder scene where the killer caretaker slaughters his victim with the axe. When filming this we will not actually see the connection of the axe with the victim but we will see the swing of the axe and  the victim bleeding to death. This is where we will use our fake blood and will film blood splatted up the wall and in puddles on the floor to give the true slasher effect which usually includes lots of blood and gore.   TB

Evaluation: This night of filming was a success, as all of our remaining shots were filmed. We filmed the actual murder sequence, as well as our male character being chased by our antagonist, the caretaker. The trouble with filming these particular shots was creating an death sequence, without actually showing any kind of death. This was hard to film, as we didn't have the effects necessary to achieve a realistic looking death. We overcame this by simply implying the death, rather than showing the entire thing. we had a minor injury on set, as the blood got into our lead character (Steve Rust) got some of our fake blood in his eyes. It was easily washed out . (NE)
Powered by