BBFC - British Board of Film Classification.
We chose our age rating for our opening title sequence to be 15. We did this so that we can have a wider target audience meaning a wider range of people will be interested in our horror OTS. The BBFC has many different age rating options but we thought 15 was suitable for our opening title sequence as we found from our research questionnaire that a lot of 15-16 year olds was interested in horror. We also chose this age rating as many other top selling Horror films such as 'Sinister' (2012), 'Mama' (2013), 'Insidious' (2010) and 'The conjuring' (2013) have been a 15 rated film and have been very successful. TB 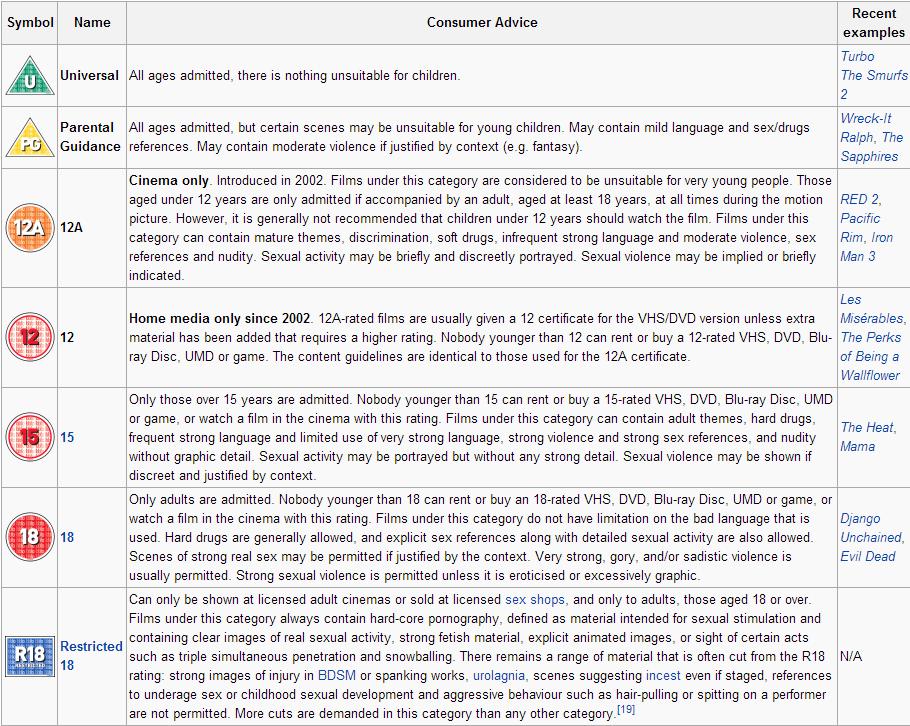